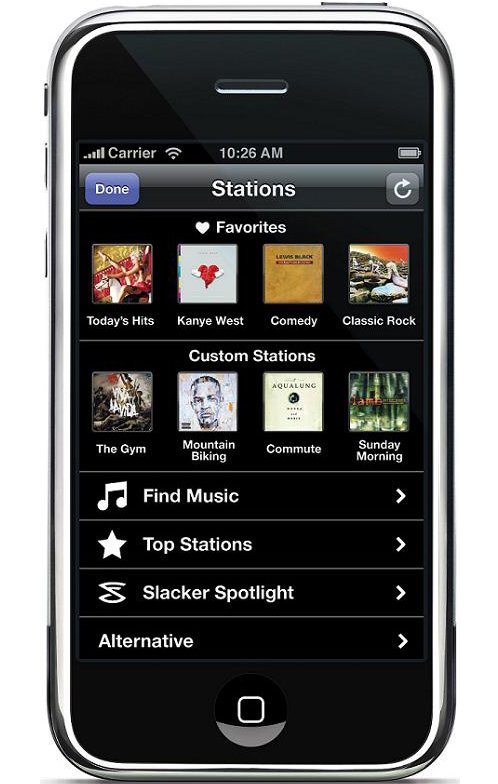 Despite the name, the folks at Slacker are anything but. They’ve just announced that their Internet radio service will blossom into a full on-demand system, as subscribers can now have access to a new paid feature that will include the option of finding and playing specific songs, as well as creating their own playlists.

Unlike other services like Rhapsody, the radio feature can come into play even in this mode and will auto-create a playlist based on favorited songs and create a larger radio station out of a user-made playlist. You gain controls such as skipping back through songs.

I am not a big fan of streaming music personally, but in theory services like Slacker sound cool. Rather than buying individual tracks, Slacker lets users create personal radio stations. The service is available for mobile phones and computer users.

Slacker has announced that its application for the Blackberry line of smartphones has now been downloaded a million times via the Blackberry App World. Using the application Blackberry users can listen to personal or programmed radio stations over a wireless network. 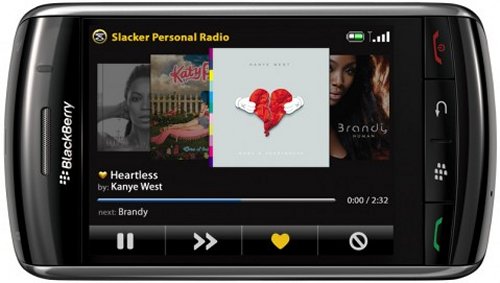 Slacker has announced a version of it’s free internet radio app for the smartphone, with 100 expert-programmed Slacker stations, over 10,000 artist stations or tons of custom stations. You can even listen to music without a network connection using Slacker’s station caching, which is exclusive to BlackBerry devices

It lets you store your favorite stations on a memory card instead of streaming them over the network connection you’re using. That way you have access to them even when there’s no signal. Slacker claims that it will also reduce battery consumption by as much as 5x.

Digital music is available in many forms. You can buy digital albums and tracks form music stores like iTunes or you can subscribe to services that allow you to download all the music you want and keep it as long as you pay the monthly fee.

Slacker is yet another alternative where you choose the tracks you want to listen to and create your own streaming radio station customized to your tastes. Slacker announced a new service called Radio Plus. Radio Plus costs $3.99 per month and offers features not previously available on Slacker.