Posted in Netbook by Conner Flynn on October 4th, 2009 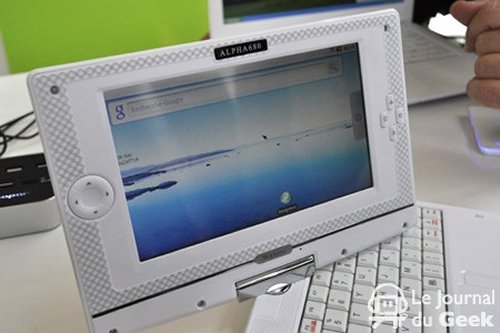 It’s been a while since we heard anything about the Android-powered Skytone Alpha 680 netbook. You’ve probably forgotten all about it. We almost did.

Anyhow, some live pictures of the device have surfaced once again. And yes, the 7-inch touchscreen netbook looks nice as ever. Turns out there’s a reason the netbook hasn’t been very social as of late. Word has it that the device is still “not really stable”, which is pretty sad this late in the game.

END_OF_DOCUMENT_TOKEN_TO_BE_REPLACED
Permalink | Comments |
Posted in Netbook by Conner Flynn on May 12th, 2009 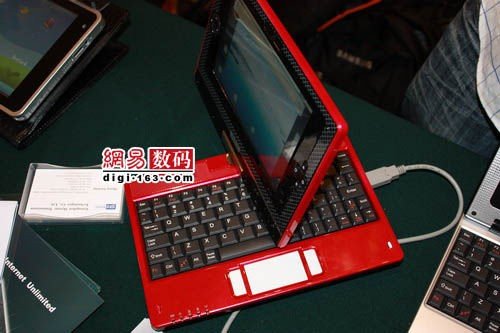 If you are in the market for an Android-based netbook that looks like it belongs on a fire truck, you are in luck my odd friend. This is the first pic we’ve seen of Skytone’s Alpha 680 in the wild.

Looks like it has a nice large trackpad and comfortably sized keyboard. Of course the swiveling screen is cool. But that color. It’s hard to get past the brightness. Also, check out the D-pad controls on the screen. When it arrives it will run you around $250. Ouch, that is red. 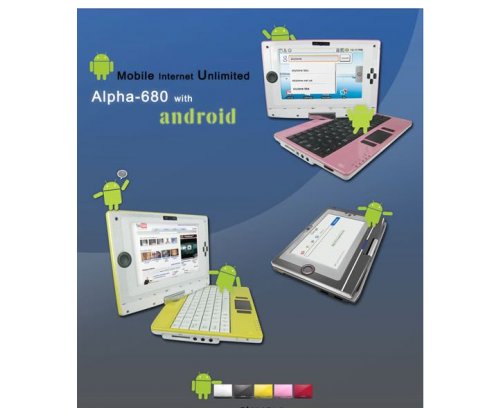 Skytone has just released some more info on their forthcoming Android-powered netbook. When we heard about this Android packing netbook known as the Alpha 680, it was thought that it might sell for as little as $100, but that was just wishful thinking.

According to Nixon Wu, Skytone’s co-founder, they are aiming for the $250 mark. And assuming everything goes according to their devious plan, they should have prototypes ready by June, with final products a few months later. So definitely in 2009. 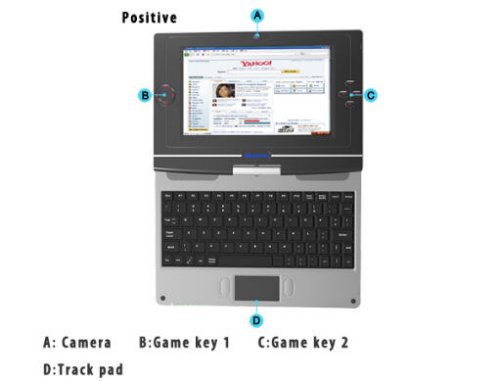 After months of just talk, we now have not just one but two Android-powered netbooks. You can’t get either just yet. This one is from Skytone. We told you about the I-Buddie earlier, but this one sports a tablet design.

Some features include a 533MHz ARM processor, a 7-inch 800 x 480 touchscreen, 128MB of RAM, 1GB of storage, an SD card slot for expansion, and optional 3G. The netbook is called the Alpha-680, and according to Skytone, it could sell for as little as $100 if it’s ever released.