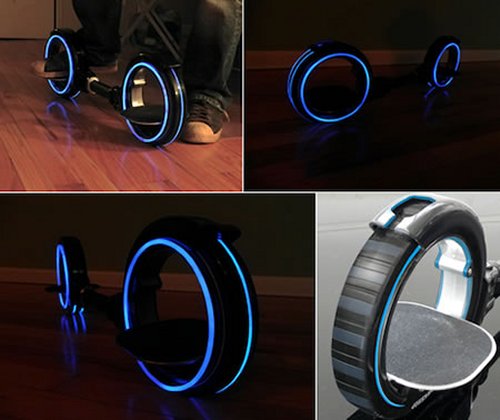 The sequel to Disney’s 1982 film Tron is set to be released on December 17, and people everywhere are geeking out with merchandise and TRON inspired DIY stuff. This latest comes from Alon Karpman, the IDSA IDEA award winning creator of The Freerider skate cycle, which is a hub-less two wheeled self-propelling something-or-other currently in production.

Alon, a Brooklyn based design entrepreneur has created a one of a kind tribute to the new film out of his best-selling skatecycle, using colors and glow-in-the-dark elements. And it looks like it came straight out of the movie.