Posted in Mobile Phones by Conner Flynn on July 14th, 2011 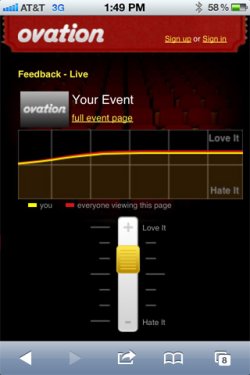 A new app called Ovation aims to help productions both live and online figure out what their audience thinks. It requires no downloads, and no sign-ups on the user’s part and it’s totally free right now. The app is pretty simple is straight forward.

You just create a URL for your event. Then give your audience that URL, which they load on their smartphone. Audience members then use the on-screen slider to provide feedback. Either slide the bar up or down, because either it is good or bad. It works across a bunch of smartphones and mobile devices. So go ahead and tell these people what you think about their show. 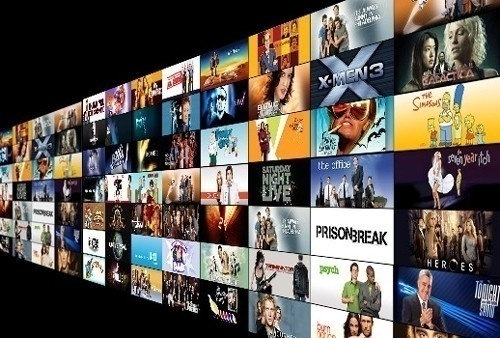 Looks like Hulu wants a larger slice of the TV pie. The company has apparently put out a casting call in search of hosts for a new clip show that it’s working on. If these reports are correct, the new show will run about five minutes per episode and will appear on the site, recapping the day’s events in Internet and TV culture.

In the long term, maybe Hulu is setting things up to compete directly against networks and cable providers. Who knows what other content will spring from this. 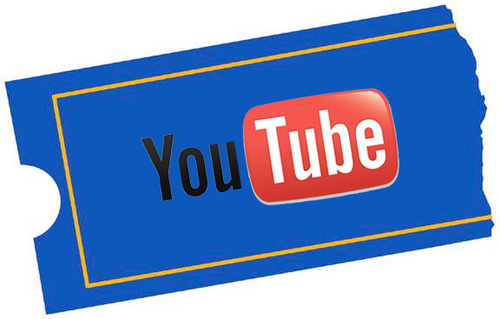 After experimenting with movie rentals in January, YouTube has added a bunch of movies and TV episodes that you may actually want to see. However there’s still nothing very mainstream in the YouTube store. It’s mostly indie films, Bollywood and documentaries, which are viewable for 48 hours after renting.

They cost between 99 cents and $4, with payments made via Google Check-Out. YouTube will need to strike some deals with movie studios to get some decent stuff on the site. Stuff with explosions should do the trick.

If you tune into the Simpsons tonight, you’ll be in for a special treat. The visuals will be sharper. Bart’s butt will be crisper, should he bare it. Barney’s puke chunkier. You may even find that Homer has an extra strand of hair you didn’t know about. Springfield will come to life like never before as the show will be presented in HD for the very first time.

In honor of that fact, the show’s intro is getting a makeover. It’s longer and more HD-a-riffic. They’ve basically added about a minute as the family chases down their couch. 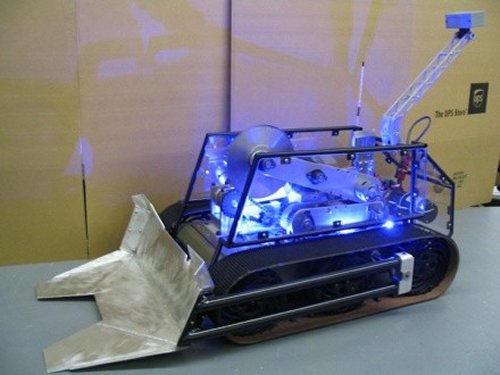 The BattleBots concept is getting another shot, thanks to the robot loving ESPN 2 and ESPNU. The show will have a new format and an increased emphasis on the behind-the-scenes nerd stuff in the “pits” when the bots get hurt.

They’re doing away with the wedgebots and will also have more arena hazards. They will also have a new experimental class for featuring other bot types. The show was slated for June, but is being held back until November. So, if you are looking for a nerd come November, he’ll be in front of the TV. Then, shortly after, in the garage.