Posted in Watches by Conner Flynn on December 23rd, 2008 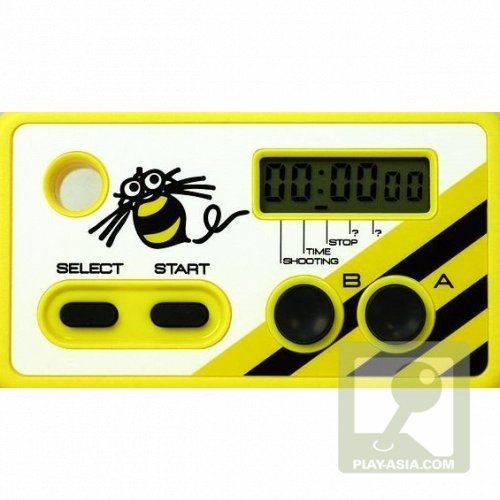 As any gamer knows, your mad skills can suffer when you are away from your game console. It’s like a muscle. You can either use it or lose it. Thanks to this watch you will never get rusty. The device counts how many times you can hit the A and B buttons under a certain time limit, therefore it will improve your first person shooter skills.

Think about it. The wife suckers you into seeing some boring play or some sappy romance movie. Instead of being bored to death, you can sharpen your skills. It’s called Eye Of The Tiger and it’s what it takes to compete. The device also doubles as a standard stopwatch. It will only cost you about 19.90. 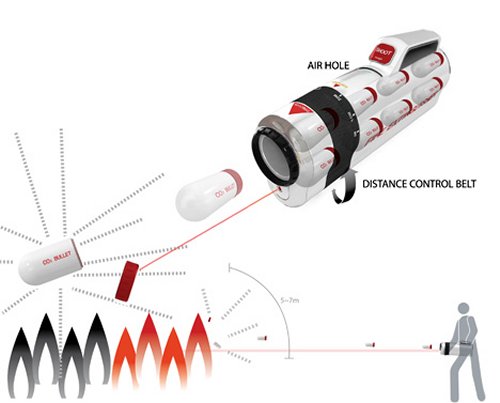 If fire extinguishers were more like Bazookas, I think more people would volunteer for the job. Fire AND shooting stuff? Hell yeah! Shooting fires out? Even better. This concept is modeled on a light-weight gun design and is loaded with CO2 cartridges with a laser guidance system, so you can hit the target in an emergency.

Just hit the alarm button to alert everybody else that there’s a fire and then pull the trigger and fire. It’s a great concept. Problem is, it’s so fun people would be starting fires just to put them out again. Just think, all those nerf gun hours you logged during your life could finally pay off.