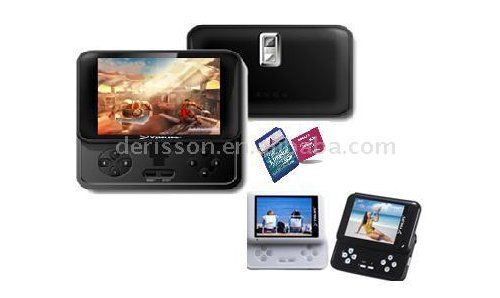 As far as I’m concerned you don’t have to work real hard to give me a good PMP as long as it has some NES emulation action and some decent slide-out controls. Put in a 3-inch LCD, TV-out and a 1.3 megapixel camera and I’m there.

In fact, Shenzhen Derisson’s portable gaming PMP is the first device of its kind to boast a built-in camera, as far as I know. The camera is not a webcam but a real photo shooter. Plus, you have the option to make it a 2 megapixel or 3 megapixel. The device will even record scheduled TV programs according to the specs. It supports NES games and ASF format MEPG-4 videos.