Posted in patents by Darrin Olson on March 2nd, 2008 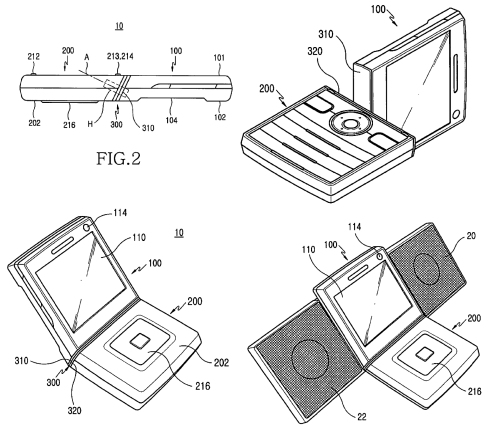 A new patent application from Samsung was recently released by the USPTO showing what the company is describing as a mobile phone for media with a self-cradling function. The design shows an angled hinge in the middle of the candy-bar style phone which allows it to rotate and provide an angled display on top and an input pad on the bottom for some type of multimedia and/or gaming functionality.

Samsung also described is a pair of slide-out, detachable stereo speakers, a camera next to the display for possible video conferencing and a “plurity” of keys with a four-direction keypad.