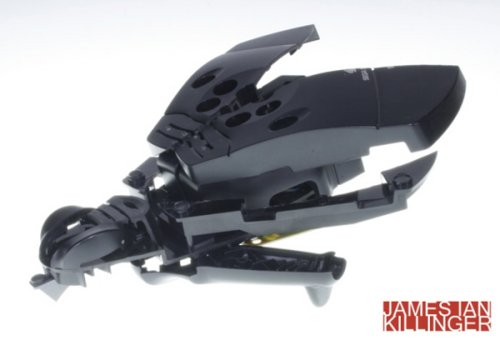 This Sega Saturn joystick has two identities. One is a mild mannered joystick, the other is a killer Insecticon. It also goes by “Robo-Space-Bug,” according to its creator, James Ian Killinger. Apparently Killinger didn’t have to completely re-engineer the joystick to make it transform.