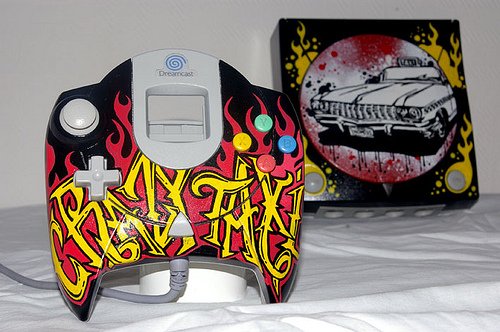 The Sega Dreamcast is still a favorite of many gamers, so it makes sense that you would want to customize it and give it a cool makeover. French artist oskunk93 has painted two Sega Dreamcast consoles with some wild custom art.

Fans of Dreamcast classic gaming titles Crazy Taxi and Jet Set Radio will especially appreciate oskunk93’s paint work. If you want your console painted, this is clearly the guy to give it to. Awesome work. 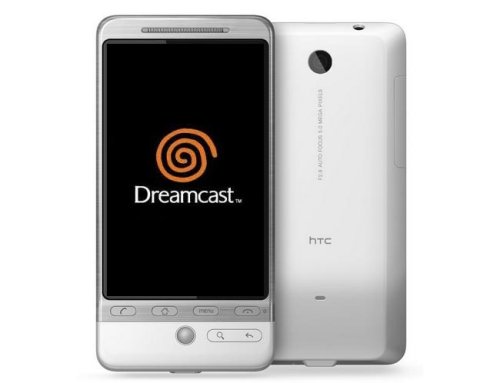 Looking for some retro gaming on your Android Smartphone? Well, you’re in luck. A new Sega Dreamcast Emulator is currently in development for the Android OS. It’s still in the early stages of development, but it shouldn’t be very long before you are playing the classics on your Android phone.

Can you believe its been 11 years since the Sega Dreamcast was first launched? It was the first console to include a built-in modem and Internet support for online play. Sadly, it was discontinued a few years later, but remains a favorite of many gamers. 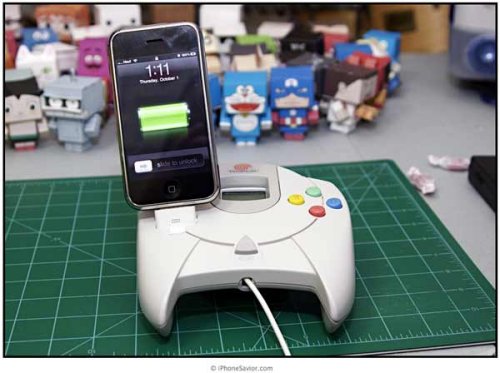 Jay Hauf wanted a cool iPhone dock. What he had was his iPhone, a Sega Dreamcast controller and a dream. Ben Heck would be proud. Nice to see that the Dreamcast can still serve a purpose. Soon geeks everywhere will be following in his DIY footsteps as they recycle old console controllers.

What will the next iPhone dock be? A Gamecube controller? A dual-shock dock? We have no idea, but we salute you Jay. You went where no geek had gone before.