Posted in Outdoors by Conner Flynn on November 3rd, 2008

Maritime Flight Dynamics wants to make high speed travel on the seas practical, safe, fuel-efficient and hell, while they’re at it, comfortable too. Their vehicle of choice? The SeaPhantom. It’s fast enough to get you from Key West to Cuba in 45 minutes! It uses an airfoil to fly above the crests of the waves, thus reducing drag.

The propeller remains in the water, while the body of the SeaPhantom is above the sea’s surface. Apparently this reduces hydrodynamic drag and in doing so, requires less power and uses only a fraction of the fuel compared to conventional fast boats. And we may have a chance to ride in one ourselves very soon since the Sea Phantom has moved from prototype to the actual ocean. It looks like a robot killer whale. 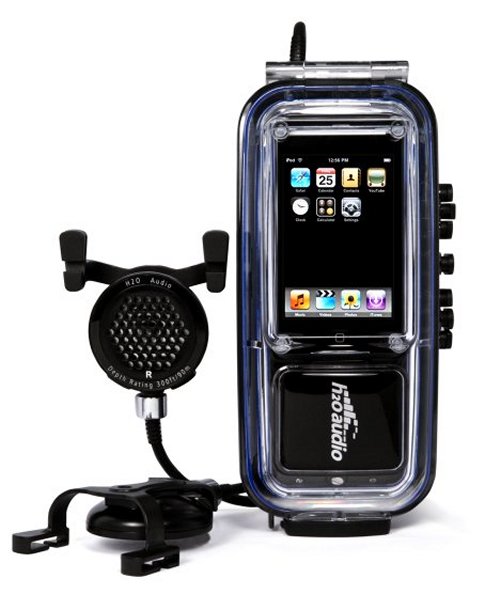 Well, not that deep. H2O Audio is known for their waterproof products, and here’s their latest way to bring tunes underwater. The iDive “Deep Dive” Waterproof Housing and Over Ear Speakers lets you enjoy your iPod and continue viewing/listening to your favorite media files up to depths of 300 feet below sea level. The integrated amplifier is powered by 3 AA batteries. The H2O Audio iDive Waterproof Dive Housing and Over Ear Speakers will cost you $349.99. 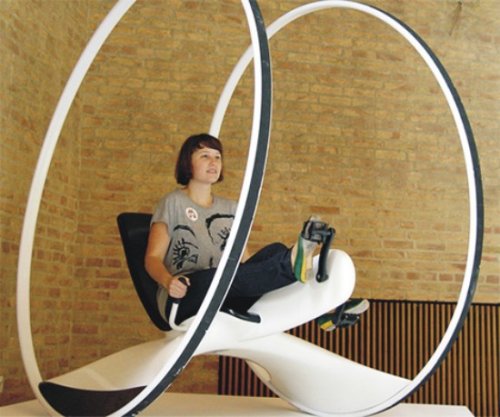 The Di-Cycle, by GBO Design is an amphibious bike designed for the city of Helmond in the Netherlands, because the city has just as many watery channels as it does actual roads. Therefore, the residents all want to make like amphibians, skimming across water.

The idea is that riders would be able to skim over the water just as if they were going across the land. Somehow I just don’t see that happening. It’s more likely to flip you over and fill your lungs with water as it keeps going, eventually depositing your corpse on the road your soul never made it to. It remains a concept for the moment thankfully.