Posted in Tools by Conner Flynn on December 14th, 2008 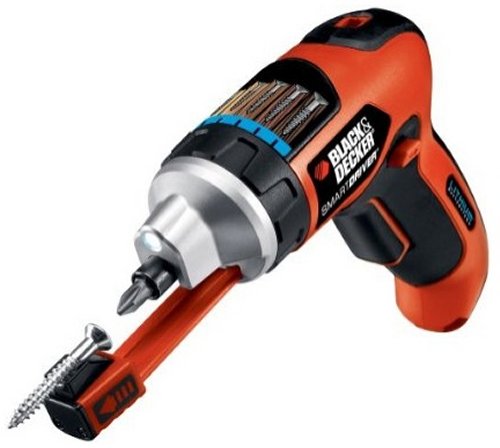 Here’s an interesting electric screwdriver. It will relieve you of the burden of actually having to hold your screws in your hand. Your laziness will cost you $4000. The Black & Decker LI4000 3.6-Volt Lithium-Ion SmartDriver with Exclusive Magnetic Screw Holder has an extended arm with a magnetic tip that holds your screws in place while you screw them in.

Okay, it’s not just laziness, but I know that’s what you were thinking too. It can be a real pain when you drop screws while trying to line up the screwdriver. Especially on a ladder. Now you can screw with just one hand. It has some other features as well, none of which justify the price. An LED light, 6 position clutch, a lithium ion battery that holds it’s charge for 18 months.