Posted in Games by Shane McGlaun on April 8th, 2009 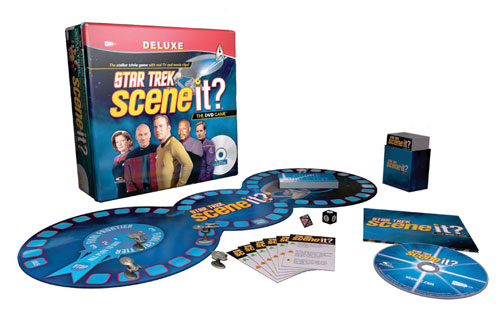 Anyone who has seen pictures of rabid Star Trek fans knows that geeks don’t get much geekier than these people do. Star wars fans can give them a run for their money, but Trek fans take the cake in my book. Hard core Star Trek fans can show off the Trek knowledge in a new board game based on the series.

The Star Trek Scene It game has been announced with two collector’s edition bundles. The game uses a DVD to play actual clips from the variety of TV shows and movies in the franchise. Players try to answer trivia questions that relate to the scenes to win the game.