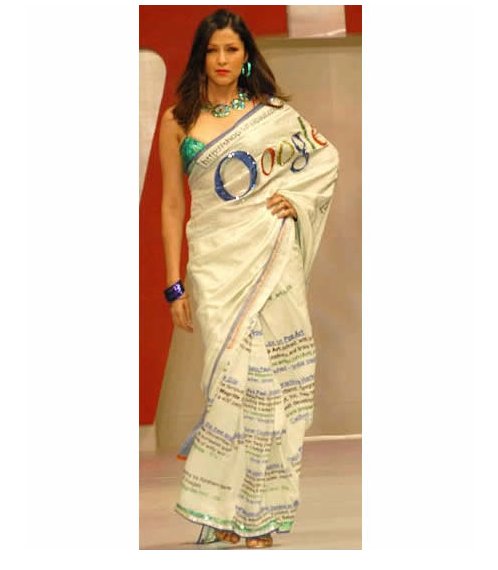 The Sari is a traditional piece of clothing originally worn by Indian women. The Google Sari is a designer’s attempt at being clever. Of course, if Google doesn’t appreciate it, your Sari may turn into a genuine sorry. It’s from designer Satya Paul, who showed the Google sari in one of his recent shows. Very clever. Or maybe not. I can’t decide. I can’t wait for his next attempt, which is probably iPhone inspired and called the Safari Sari or something. Maybe a see-through sari called Microsoft Touch. That one would be trouble.