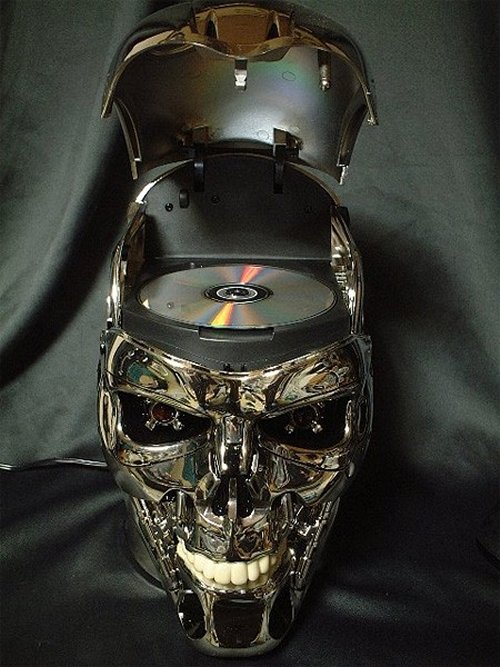 It really is the most awesome thing ever. But being from the future, shouldn’t it know about Blu-Ray by now? It’s a DVD player / Terminator head! There’s not much info about this thing online, like where to buy it etc. Probably because Sarah Connor erased the info after she blew it up. All I can tell you for sure is that the Terminator head DVD player can not be reasoned with, it can’t be killed and it will hunt you until you are dead… While playing such DVDs as When Harry Met Sally or Beaches in it’s DVD head to pass the time while in the past.