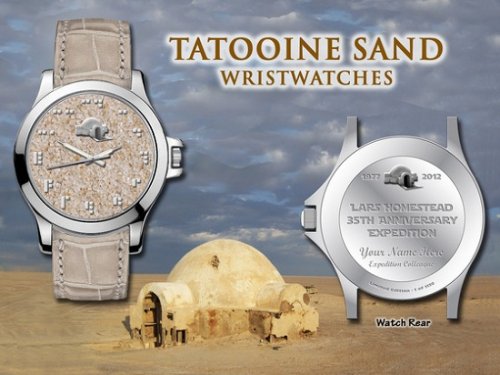 Star Wars fans will love this Tatooine watch almost as much as they love the planet. Back in the old days, movies were more authentic and had more style since you had to build highly detailed props instead of using green screen. Scenes had depth and character. As you might remember Lucas traveled to Tunisia, where he built the Lars homestead, which still stands in the same spot all these years later.

But the forces of nature have not been kind. It needs help. That’s why some fans have banded together to save it, through Kickstarter. They have already reached their goal, but the more help they get, the better. If you pledge $77 you’ll receive an official Lars Expedition Wristwatch, which will contain sand from the location. That makes this a kind of Holy Star Wars relic. 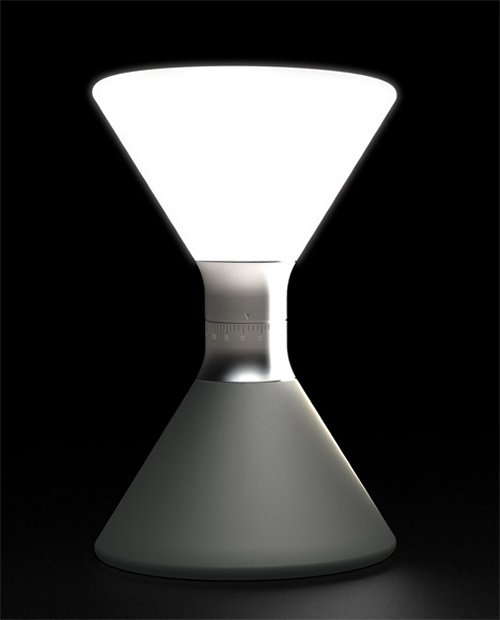 This is a fairly interesting lantern concept from designer Young Bok Kim. It puts a modern spin on the hourglass by draining the light from LEDs instead of using sand. While conspiracy theorists will no doubt say that the ancient Egyptians already had such technology, no they did not, get a grip and throw out your series of Paranormal Time-Life books.

If you adjust the dial in the center, you can control how fast the light “drains” from top to bottom. I’m not sure it would be all that practical as it looks like it would be hard to tell tell how full the bottom is getting.