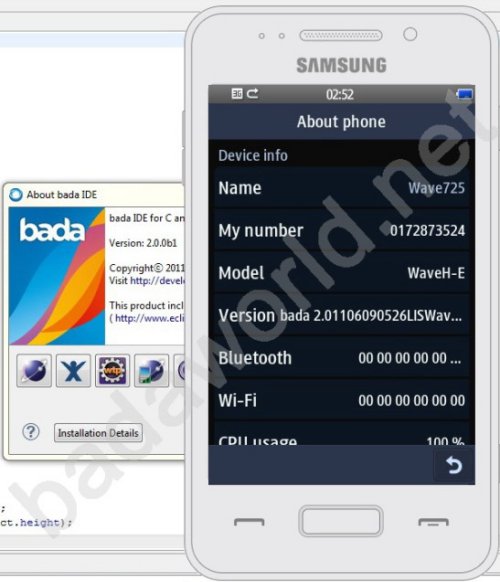 There were two unnamed Bada smartphones making the rounds back in April alongside the Wave 578. One of them is apparently is the Samsung Wave 725, which was discovered recently in the Bada 2.0 SDK. The Wave 725 will likely feature a 3.65 inch HVGA (320 x 480) display, NFC, Wi-Fi, Bluetooth 3.0, 5MP rear camera, and a VGA front-facing camera.

Samsung plans to release the Wave 725 in September and Bada 2.0 will bring NFC support, multitasking, an improved UI, security enhancements, and more.