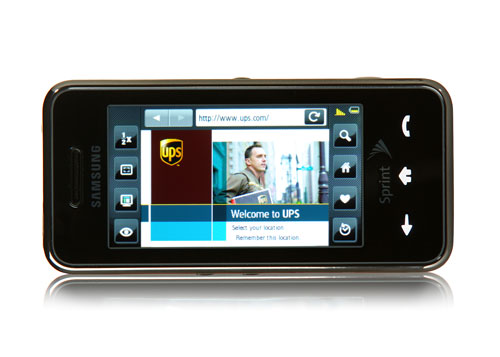 With the iPhone 3G coming many handset makers and wireless service providers are trying to launch competitive products to try and steal some of the iPhone thunder from Apple and AT&T. One of the most interesting devices to take aim at the iPhone is the Samsung Instinct.

Sprint has announced that the Instinct has become its fastest-selling EVDO handset ever in only a week of availability. The Instinct is exclusive to Sprint and went on sale June 20. Sprint says that the record setting sales of the device has caused a few problems though.