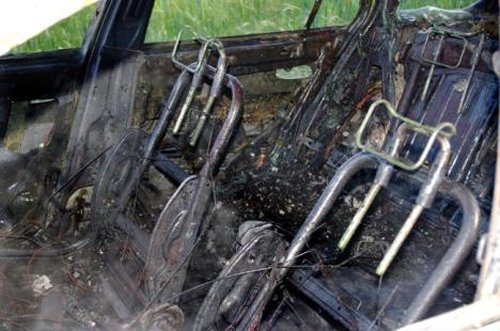 We’ve all heard the tales of potential danger regarding iPods and fire. It’s often hard to sort the truth from rumor. Well here’s another cautionary tale. This one comes out of Sweden where a Saab 9-3 recently met a fiery end.

The official cause of the blaze hasn’t been figured out, but investigators strongly suspect that an iPod left in the car is the culprit. The car itself showed no signs of technical faults and there’s no evidence that the fire was intentionally set. Also, the fire started on the seats, where the iPod was apparently sitting.