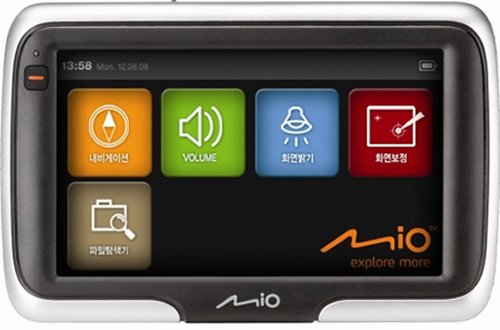 Mio has introduced their S400 GPS navigation system in Korea. The Mio S400 isn’t powered by anything fancy like Android, instead it’s powered by the Windows CE operating system, along with the SiRFStar III GPS chipset.

Some other features include a large 4.3″ touchscreen display and up to 16GB of external memory thanks to a built-in memory card slot. You can get the 2GB version of the Mio S400 for about $100. Still unsure? Well, it did win China’s ‘If’ design award.