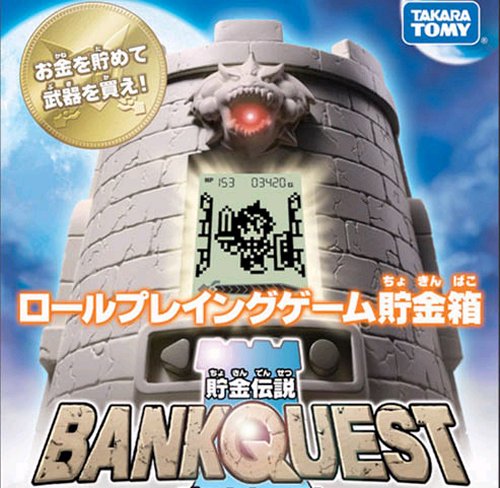 I guess it isn’t easy being a Japanese geek. Not that it’s easy being an American geek, but the Japanese have so much more cool stuff to tempt them out of their savings. That’s why Takara Tomy has made a new kind of piggy bank. One with an RPG game built into it. It’s called Bank Quest.

Not very original, but appropriate. You can buy weapons and armor for your character from the savings you place inside the bank. Where have I seen this before. Oh right, it was called an arcade, where you put your money in played. Except you get to keep the money with this bank. Improve the graphics and gameplay, you might just have a bunch of gamers saving their money for once.