Posted in Nokia by Shane McGlaun on November 27th, 2009 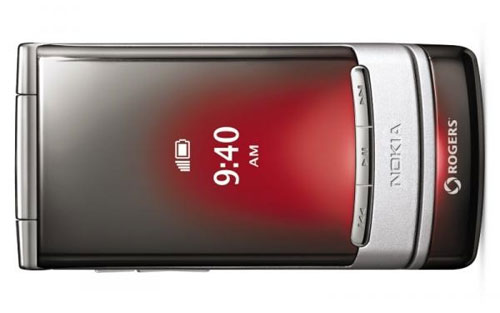 I don’t know much about Canada other than the people there like hockey, it’s cold, and they like to say “eh” a lot. They do tend to get many of the same gadgets and gear up north that we here in the U.S. enjoy. Rodgers Wireless is one of the largest wireless carriers in Canada and it has announced the availability of a new handset.

Rodgers has announced that it is now offering the Nokia 6750 handset. The device promises to let users stay connected to their social networks while on the go. The handset is a chrome flip phone available in blue or red colors. The device lights up in different colors for different callers and the external screen allows the user to see who is calling without opening the phone.