Posted in Games by Conner Flynn on September 24th, 2008 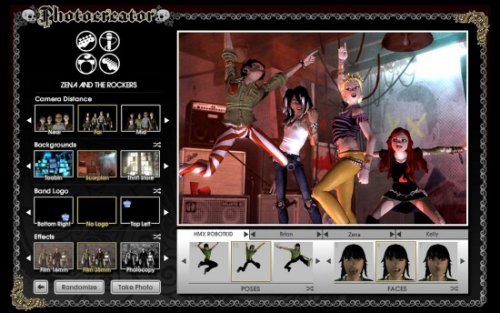 Apparently Harmonix has some interesting new features in store for RockBand.com. The site will be getting a complete overhaul with features sure to make any plastic instrument playing nerd wet himself a little. Some of the new features are an online photo creator for photo shoots with your Rock Band 2 band so you can use the pictures online.

Next, users can link these photos to real-world merchandising like posters, T-shirts, stickers for your band etc. If that isn’t geeky enough, and I’m sure it’s not for some, you can get action figures made from your band members “for about 70 bucks”. Looks like music games are no longer just about songs and fake instruments. Now they’re also about bringing fake bands into the real world where they can all annoy each other and realize that on a real instrument they suck.