Posted in Concepts by Conner Flynn on September 23rd, 2008 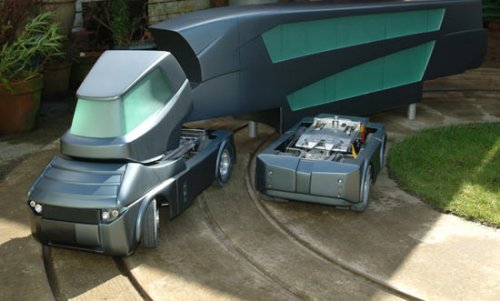 Named Blade Runner, this concept has nothing to do with chasing replicants. It’s a bus/train concept from British firm Silvertip Design. It will drive on roads just like other normal wheeled vehicles, but it also sports a set of retractable train-wheels that it can deploy to ride the rail lines. It looks like something that should be dueling with KITT on the open road. It’s supposed to carry 105 standing and sitting people and could well be a nice solution to long commutes. The fact that it straddles both the rails and the streets makes it very promising.