Posted in Games by Reuben Drake on August 4th, 2011 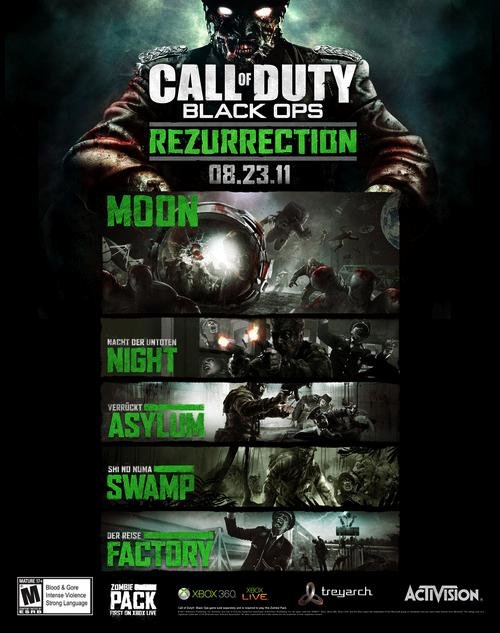 Fans of Black Ops have something to be very happy about. The latest map pack titled “Rezurrection” will be coming to the Xbox 360 followed by PC and PlayStation 3 later. Sadly these maps will not be multiplayer maps though.

You get a new map level called “Moon” along with four re-mastered zombie maps: “Nacht der Üntoten,” “Verrückt,” “Shi No Numa” and “Der Riese.” They should be released on August 23rd for the XBox, with PS3 and PC following later.