Posted in Nintendo,Rumors,Wii by Darrin Olson on December 24th, 2007 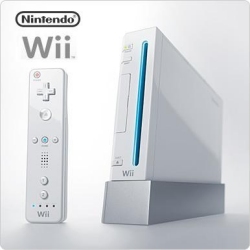 As if it hasn’t been hard enough to find a Nintendo Wii game console this year, rumor has it that a retail chain called Slackers is taking their shipments of the popular console and selling them on Ebay at a jacked up price.

According to Ars Technica an insider with Slackers stated that any Wiis that they receive, at least in the Illinois/Missouri area stores, are not available for the suggested $249 retail price at the store and are instead marked up to $499 on Ebay. Recently reports say that the Buy It Now price has been dropped to $399.99, which is still $150 over suggested retail by Nintendo.