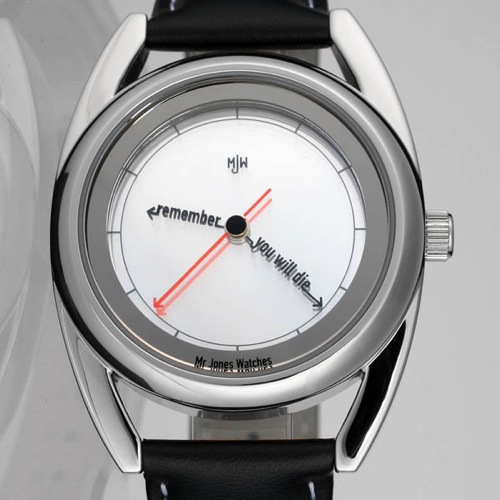 The company that thought up this watch must like being right all the time. When a watch maker puts a simple statement like “remember you will die” on the hour and minute hands, you really can’t argue or tell them that they are full of crap.

I haven’t really worn a watch for a long time, and this one doesn’t make me want to put it on anytime soon. Though it’s probably great for the Emo and Goth kids on your block. Personally, I don’t think we needed the reminder, but if you are THAT forgetful about your eventual dirt nap, you can pick one of these up for $145. It might read better if it said, ““remember you will die with $145 less…”