Posted in Grilling by Conner Flynn on November 27th, 2008 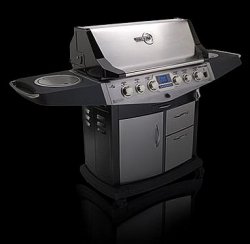 This may be the best grill ever. They say that dogs are man’s best friend, but that’s just not true. A grill is a man’s best friend. The way to our hearts is through our stomachs after all. This grill has such features as an optional built-in CD/stereo system to keep you entertained while flipping steaks and burgers.

The 875 square inches of grill island is all about convenience and letting you cook like a pro. Some other features include: 79,000 BTU’s, infrared rotisserie burner, side burner, digital temperature controls, dual zone cooking, smart touch screen, pre-programmed food setting icons and built-in meat probe, as well as a tank caddy pullout. The grill can even be upgraded to include a refrigerator and sink. 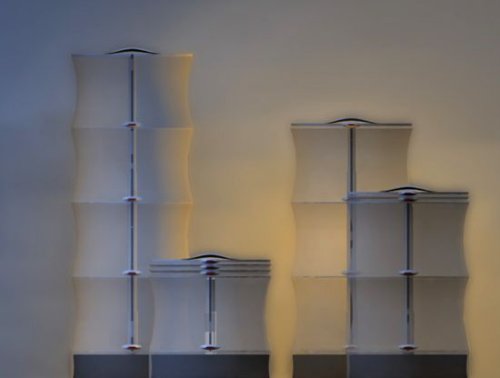 Check out this collapsible Soft-Refrigerator concept by Electrolux. It proves once again that an accordion design works great. Through the use of a heat-insulating membranes and modular shelving, this fridge can actually be collapsed and optimized for size. Because sometimes you don’t have a lot of food or you need more room in the kitchen.

When you collapse the fridge there’s less space inside that needs to be cooled, thereby reducing your energy use. Plus it looks kinda futuristic. Who wouldn’t want a collapsible fridge? Let’s say you go shopping on Monday. By Friday,you fridge is waist high again. 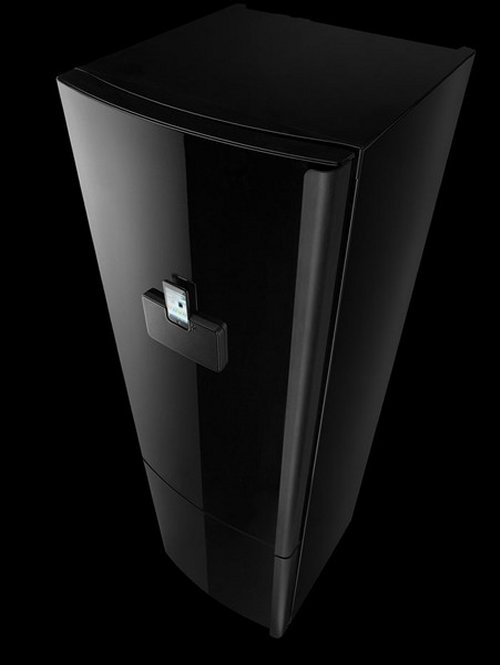 Making its appearance at IFA 2008 in Berlin, the Made for iPod refrigerator is the first of it’s kind. Gorenje might have a winner on it’s hands with this here fancy fridge. Sure, we’ve seen refrigerators with a bunch of multimedia features that allow you to listen to music, watch TV, even surf net, but this is Apple certified. It features a built-in iPod docking station and speakers, so as you might expect, you can play music and video and connect to the internet via a Wi-Fi network.

Apparently by integrating the iPod with iGorenj app, you can control all kinds of Gorenje appliances like washing machines and the oven for instance. The app is not built for iPhone/iPod touch, it’s served from a home server that controls your appliances directly. That way you can use the iPod touch, but also any other web device in your home that uses a Wi-Fi network. Looks like we may have an iKitchen sooner then some of us thought. 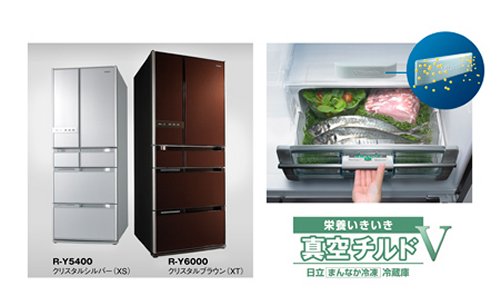 The Japanese are ahead of us in everything, even Fridge tech. Not only do they like to spray snow to deodorize things, they also like their fridges to emit vitamin C. Hitachi fridges, that is. The idea behind their new fridges seems sound enough. The R-Y6000 releases Vitamin C into the air inside to keep your food fresher.

Apparently this is possible because Vitamin C helps meat keep it’s color longer and also slows down nutrient loss in vegetables and fish. The wonder fridge also has a filter to help prevent mold. And six drawers. We typically have two here. It has a volume of 602 liters and will cost $3,100. 3,000 units will be produced on a monthly basis, until they run out of vitamin C and have to resort to squeezing oranges inside. 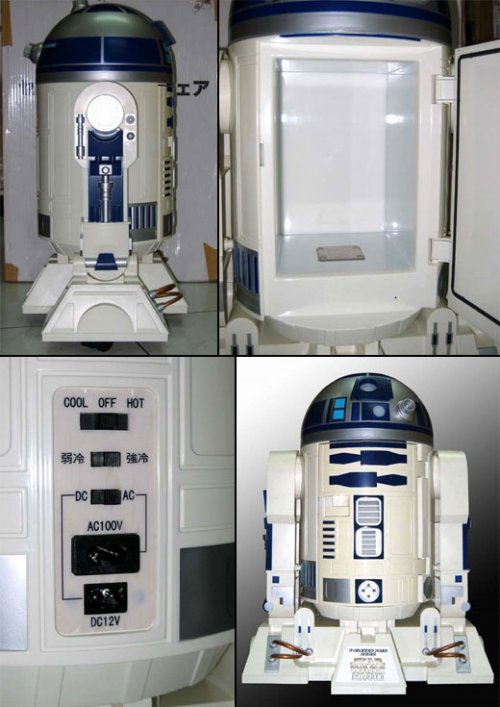 This R2-D2 compact fridge is hot as tatooine outside and cold as the ice planet Hoth inside, so it will impress your friends and keep your food fresh. It was made back in 2002 as a promotional item for an Attack of the Clones contest held at 7-11 Stores in Japan. Apparently only 1000 of these rare refrigerators were ever made, making it a hot and cool collectible at the same time.

Luckily for you, you can buy one from Toyeast for $1070. Of course, that is probably your grocery money so you won’t have anything to put in it. Empty or not, you’ll have your own astromech droid. Now you’ll just need an X-Wing to put him in. 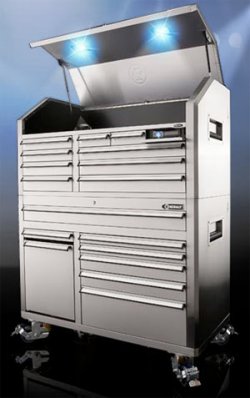 Now here is the ultimate manly tool box. This baby from Kobalt is nearly four and a half feet tall with LED lighting, it’s own Pioneer sound system, a mini-fridge for your beers and a four-plug powerstrip built in.

It basically allows you to live in your garage. At 53-inches, it has enough trays and drawers for all your needs. In fact it will hold up to 4,000 pounds of weight. The 3-way Pioneer sound system is on top so it can radiate everywhere, the fridge is in the bottom left. After you get this thing in the garage, the only left to do is hang up some nude pics and invite some friends over. It will cost you $1,600.

END_OF_DOCUMENT_TOKEN_TO_BE_REPLACED
Permalink | Comments (1) |
Posted in Coolers,USB by Reuben Drake on May 21st, 2007 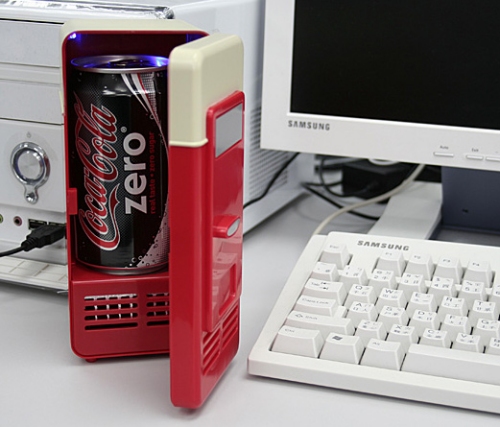 This tiny desktop refrigerator is a definite step up from the USB Beverage cooler “cold plate” we wrote about last fall. With the ability to cool your drink down with a running temperature of just over 8 degrees C, this USB Mini Fridge can hold and cool exactly one standard 12 ounce can. It’s powered solely by USB via your computer which makes it a fairly portable personal fridge that can sit on your desk and keep your drinks cool, one at a time.

The design resembles a tiny refrigerator and even has a little LED light inside when opened (we have a feeling that this refrigerator light really does stay on all the time). We’re not sure how long it would take to actually cool down a can of …