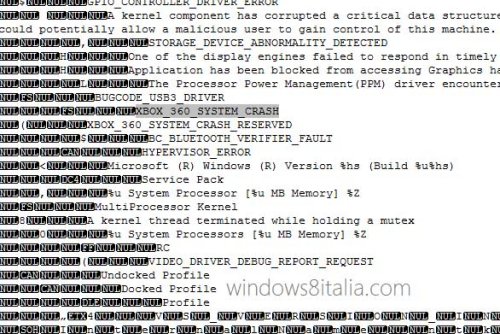 The rumors may be true if references to the Xbox 360 in Windows 8 are anything to go by. Italian site win8italia has discovered several strings that mention the Xbox 360 system inside the Windows 8 kernel. “XBOX_360_SYSTEM_CRASH” and “XBOX_360_SYSTEM_CRASH_RESERVED” are present in ntoskrnl.exe, part of the Windows NT kernel. The strings hint at much tighter integration between Xbox 360 systems and Windows 8.