Posted in News by Conner Flynn on September 3rd, 2008 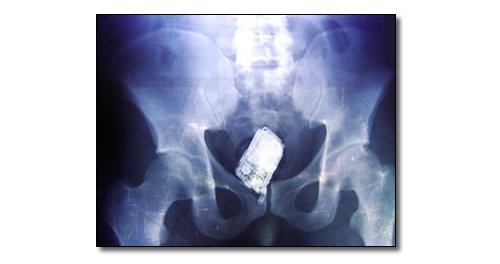 The title says it all. Prisoners at any jail are not the brightest crayons in the crayola pack, but the prisoners in this jail really prove the point. Prison guards at Camp Jail were doing their daily clean up when they discovered that 37 prisoners had hidden mobile phones in their bodies. 30 of them were able to remove the phones without hospital treatment, but 7 members of this think-tank required surgery.

Although this is the largest single incident of this type prisoners often get caught with hidden phones – last year a UK prisoner required over 200 stitches and needed part of his bladder removed during surgery to remove a particularly large handset from his rectum.