Posted in Google by Conner Flynn on September 14th, 2010 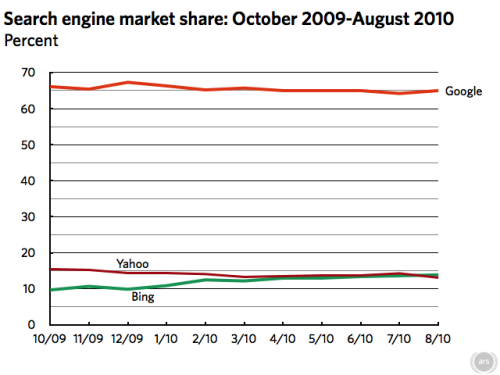 Microsoft’s Bing search engine has just overtaken Yahoo and is now in the second place spot for search engine’s in the US. That means it is now going to go up against Google, the top dog. At least according to The Nielsen Company.

In August alone, Bing grew from 13.6 percent to 13.9 percent of the US search market. Yahoo declined from 14.3 percent to 13.1 percent. While Google’s share went up from 64.2 percent in July to 65.0 percent. Google shouldn’t worry though. With Bing and Yahoo combined, their search share of 27.0 percent is still less than Google’s.