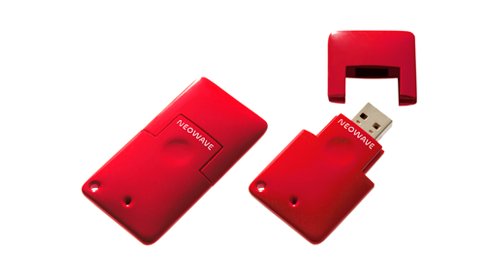 When you think about the French, chances are you think comedy involving mimes and baguettes dancing with their comedy god Jerry Lewis. Is that just me? Alright then. The French are doing something interesting with USB and trains. A kind of wireless easy-pass for trains. French public transportation company SNCF is getting 1,000 customers to help it test an RFID-enabled smart card that doubles as a USB drive, known as the Weneo ID Smart.

SNCF wants to expand its contactless payment system, and the plan would allow customers to plug their train passes into their PC at home. Which makes sense, because at home they can add money to their account, avoid missing trains because the train is pulling away as they rush to put money onto a card, and it probably helps with crowds as well. Schedules can also be downloaded to the card and it’s a photo ID. Once on the train, the fare would be deducted from the card by an RFID reader or an attendant with a handheld device. They’ll have to see if it’s a success first, but if so, the SNCF may want everyone using the system by 2010.