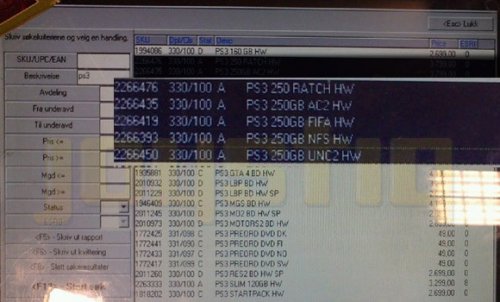 Deny everything. That’s Sony’s stance on plans of a 250GB PS3 bundle for the US. Problem is, the rumors just keep on coming. According to Joystiq, the inventory screen shown above is from a supposed Norwegian GameStop employee. It shows five different 250GB PS3 bundles.

Specifically Ratchet & Clank, Assassin’s Creed 2, FIFA 10, Need for Speed: Shift, and Uncharted 2. Prices are apparently the same for each (an $85 increase over the standard 120GB model).