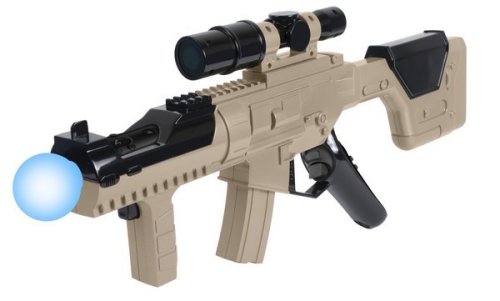 When Sony announced its PlayStation Move it also announced some accessories at the same time. Like a charging stand and even a light gun attachment. You have to catch up with those third parties who make cheap plastic Wii accessories after all.

And now CTA Digital has a submachine gun peripheral called simply “Submachine Gun.” Just clip your Move baton up front, slide the nunchuck part in the grip, and shoot away. Both the stock and scope are removable.