Posted in Displays by Conner Flynn on April 23rd, 2009 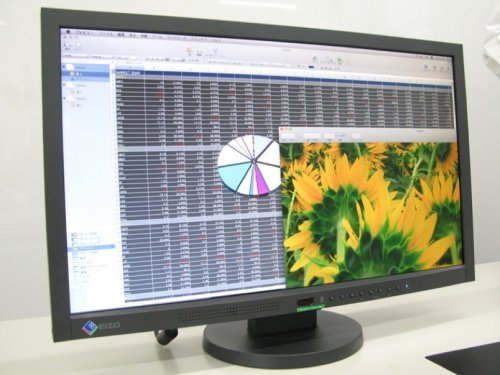 It’s a good idea. Not just because it’s cool, but also because it’s green. We’re talking monitors that activate or deactivate based on the mere presence of humans. It’s almost alive. Or may seem that way. It’s how Eizo’s 20-inch FlexScan EV2023W-H and 23-inch EV2303W-T roll. They’ll save you energy and money. And maybe help you shed some of that some of that green guilt.