Posted in Buffalo by Shane McGlaun on January 16th, 2009 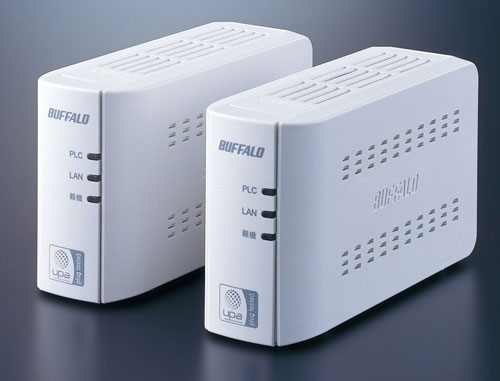 Right now, I live in a single story home of about 1700 square feet. You would think in that modest amount of space that a Wi-Fi signal would be strong everywhere. That isn’t the case, in the living room (a mere 10 feet) from the hub my PS3 often can’t connect to the Web. 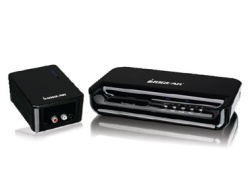 IoGear has introduced a new audio system at CES which makes use of Powerline technology to move sound from one room to another. It’s called the IoGear Powerline Stereo System and price is set at around $330.

The IoGear Powerline Stereo System lets one connect an audio source such as an iPod or CD player to several different input types found on a docking station. Connecting a pair of powered speakers to the supplied adapter, one can transmit audio between the station and adapter over the home’s power lines.