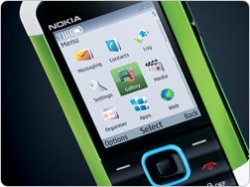 Nokia just introduced us to their new payment system, which is simply called Nokia Money. The new payment system is set to offer banking to the poor and those in developing countries who don’t have the kind of banking choices that we have.

It’s based on Obopay’s existing cellphone payment system in North America and Europe and will use current cell phone features to pay for items in stores. You can also use it to pay bills, other people etc. Nokia Money will be formally unveiled at Nokia World on September 2nd and will be available early next year.