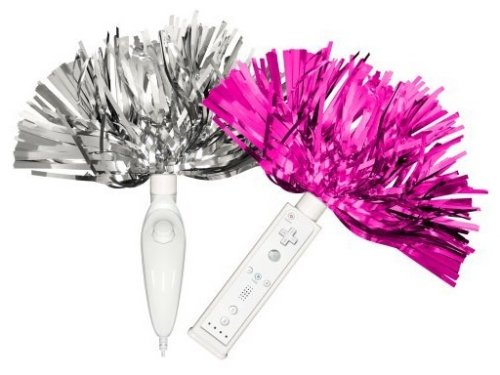 I find the whole Wii peripheral phenomenon fascinating. It’s fun to see what they will come up with next. However, this might be taking things a tad too far. Wii Pom Poms. Of course, it’s for those cheerleading games for the Wii.

You know, Wee Cheer and All Star Cheer squad. Your daughter is probably not playing it as she’s too busy doing the real thing. Wii controllers just look wrong with pom poms attached. The Wii Pom Poms are from Hip Street and will attach to your Wii remote and Nunchuck. This may just be the worst Wii accessory ever.