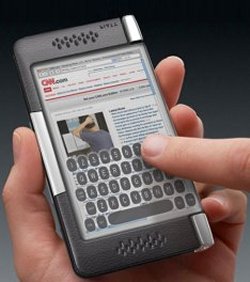 The iPhone may have some competition if this dual screen display concept is ever realized. It’s called the Plica phone and it’s like the Nintendo DS of phones. One of the screens is a touch screen keyboard, the other functions as a touch monitor. You can also view an entire web page on a single display or have them spread out across both.

Designer James Piatt’s idea was no doubt inspired by the DS Lite and has a ton of potential. It’s one concept that has a decent chance of seeing the light of day. I’d say that if Nintendo were going to build a phone, it would be something very similar to this rather then a Wii phone.