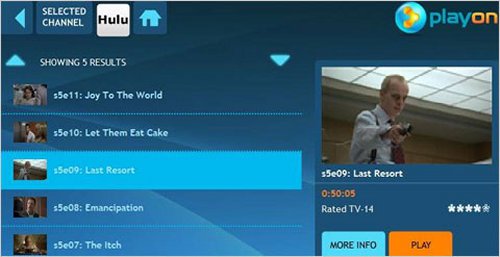 Tomorrow the folks at MediaMall will officially announce the beta release of PlayOn for Wii. The software license costs $39.99 and there’s also a 14-day free trial so you can try it out first and decide if you like watching Hell’s Kitchen and the like on your Wii.

Me, I’d rather play some Mario Kart. PlayOn for Wii works in the same way as it does for the other game systems and streams Netflix, Amazon, Hulu, and a few other online video portals from your Windows XP or Vista computer to the Wii plugged into your TV.