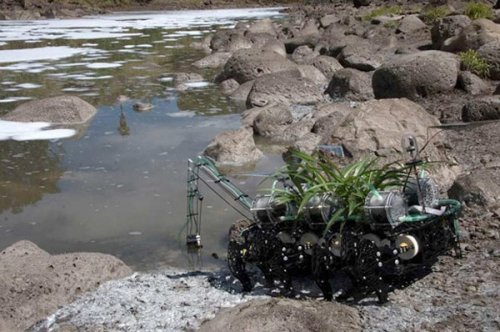 Roboplant also known as the Nomadic Plant is a working art project by Gilberto Esparza. It’s powered by microbial energy and it’s sole goal in life is to supply its microbes with nutrients, while at the same time cleaning up the environment. It’s a win for the Bot and a win for the environment.

A plant is riding along and getting some extra nutrients for itself. So when Roboplant finds polluted water and takes a drink and top off its microbial fuel cells, the plant eats too. 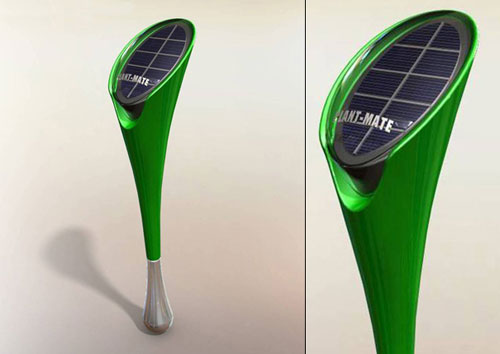 If plants should ever take over the world and only Mark Walberg, M. Night Shyamalan, and I are left to stand trial for mistreatment of innocent houseplants, I will be in big trouble. I have single handedly killed tons of my plants over the years from simply not watering them.

A new design concept at Yanko Design is cool and if I could get a set of the things, my plants might have a chance. The solar power Plant Mate sticks poke into the ground and would sense the moisture levels and nutrients in the soil. 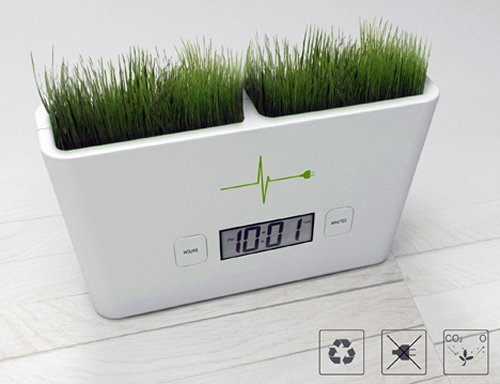 Why you would want to grow grass indoors just to have a clock, is anybody’s guess. Especially since almost every device these days has a clock. Who knows, maybe you just really love weeds indoors. If so, the Timeless Garden may be for you.

It’s powered by the chemistry between mud and metal, so that toxic batteries aren’t required. They describe it as “an indoor plant with a self-sustaining digital clock”.

END_OF_DOCUMENT_TOKEN_TO_BE_REPLACED
Permalink | Comments (1) |
Posted in Home by Conner Flynn on May 10th, 2008 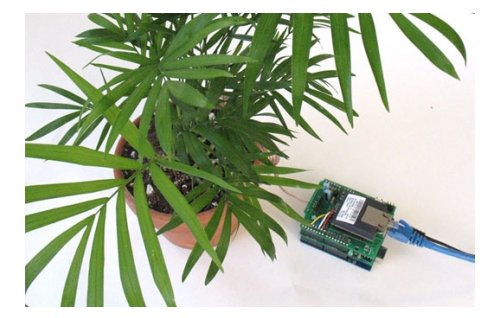 This device let’s your plant talk and share it’s feelings with the whole world over the Internet, and gets what the plant says posted on Twitter. It’s an electronic kit from Adafruit called Botanicalls Twitter Kit, which attaches to your plants, and conveys all the plants’ thoughts and messages to you via the Internet.

Those messages will be posted on Twitter, so you’ll know when they need water or have a lack of soil and minerals. I’m assuming they will feel free to curse you too, you non-watering bastard. So, now that plants can let us know, you can immediately care for them. Once the plant thoughts are posted on Twitter, you’ll get notificed in text messages on your mobile phone by Twitter. 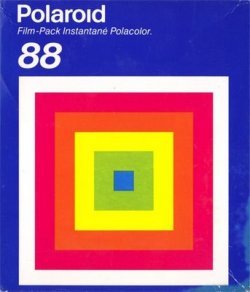 The company most known for their instant film cameras and the instant film that went with them is closing it’s last film plants in Mass., a victim of the digital age. The fun instant Polaroids will soon be a thing of the past. To the horror of those who love all things retro, no more instant film will be produced.

Within the past two years, Polaroid had already stopped production on the instant cameras. The film will be available until around next year, so those who want or need more can still get it. It was only a matter of time before the 21st century caught up with Polaroid’s format. In the not too distant future, the only people interested in buying the film will be Hollywood production designers wanting to use it for authenticity in movies etc. Well, they had a good run, and captured many an embarrassing moment, the occasional ghost and various assorted naughty things. It’s been fun.