Posted in BlackBerry by Conner Flynn on April 19th, 2009 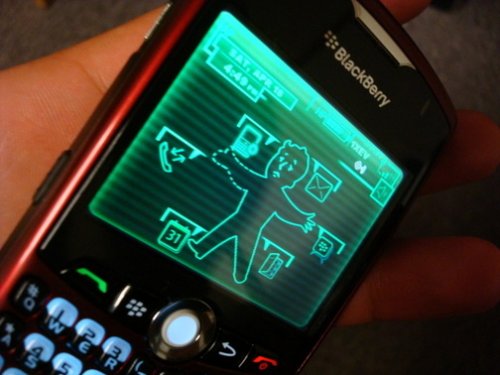 The Blackberry does some things that Apple can’t. User defined homescreens. A clever modder skinned a Pip-Boy theme for the device, which is cool. Even cooler, it actually functions, where the iPod Touch mod is just for show.

If you have a BlackBerry and want this, you can pick it up over at Crackberry in green and blue. The creator, sadosdemetrios, would appreciate your donations. Who would have thought that Vault Boy would make it to so many other devices?