Posted in iPhone Accessories by Conner Flynn on November 1st, 2010 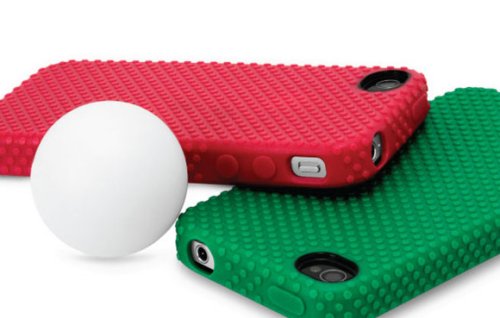 For just $30, you can carry a replica ping pong paddle around with you at all times with the new Incase Ping Pong cover for your iPhone 4. Not sure why you would want to, but if you do, you can rest assured that it’s made from the same rubber that can be found on some ping pong paddles.

And if you find yourself in a Ping Pong tournament with no paddle, just pull out the old iPhone and whack that ball. Of course you will kill your phone, but why else would you want this? 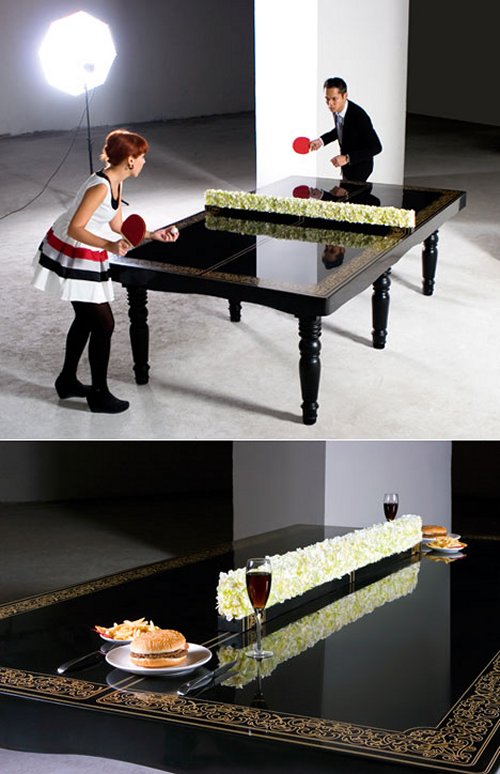 The Ping Pong dining table is two tables in one. Forget dinner and a movie, treat your date to some dinner and a game of Ping Pong. You know how much use you get out of your dinner table? Hardly any, when it isn’t dinner time. It’s a one trick pony. A waste of space. But this table pulls double duty.

When you aren’t eating, you are always up for a game of Ping Pong, right? Damn straight skippy. Now you can play Ping Pong any time you like…Except during dinner, unless you want a really interesting game. 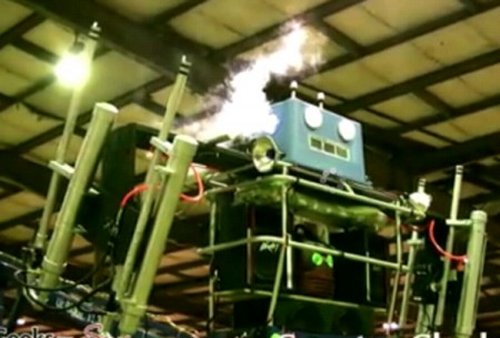 There’s no rhyme or reason to the three story tall Ponginator. It simply exists because it must. Humans must have a gigantic robot that shoots ping pong balls at speeds of 170mph. Inventor, Vernon Graner built this monstrosity together with the Austin Robot Group. It is capable of standing three-stories tall thanks to the attached bucket lift.

This bot makes people crazy. Insane people actually request to be hit by the pingpong ball projectiles that it hurls. This ping-pong shooting King Kong robot was made to promote to the Austin Robot Group and to get people asking questions about robotics in general. It has worked. Because I need to ask how the hell you survive this thing if it goes rogue and pelts you with like 200 balls. Check out a video of the Ponginator in action below. 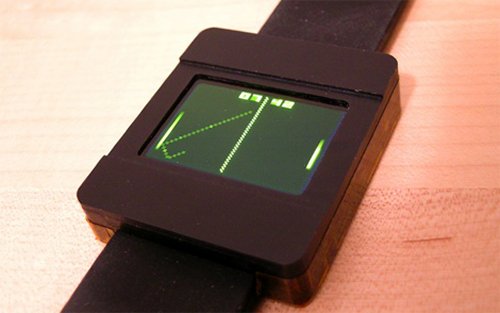 Pong is hip again. Or should I say wrist? The Homemade Pong Watch was created by John, a lover of Pong who managed to compress all of the electronics for the watch into a trim 10mm-thick case. The 96×64 OLED display runs continuously and as John points out, there is no need to press a button to see the time. Battery life is 25 hours, so recharging is done every night. It looks absolutely worthy of my wrist in action. I would watch it play all day and get nothing done. Check out the video below. Excellent work. 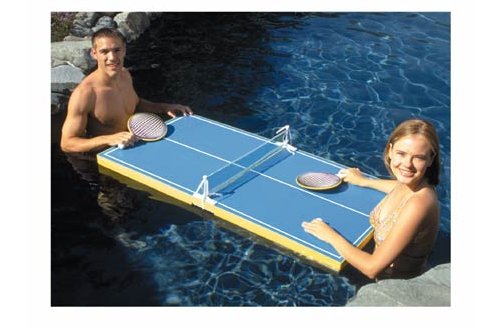 Why didn’t anyone think of this before? A Ping Pong table that floats in your pool. It saves you the trouble of getting liquored up and thinking it’s a good idea to throw your non-floating Ping Pong table into the pool. Yeah, that wasn’t your best moment.

Think of all the fun you could have. Spectators can make waves and make your game extra challenging. Or you and your opponent might have to swim for the entire game, keeping the table in motion. Bottom line: This summer is a hot mofo. Spend the $69.99 and take the game to the pool. Then when the weather cools, go inside for some modular Ping Pong. 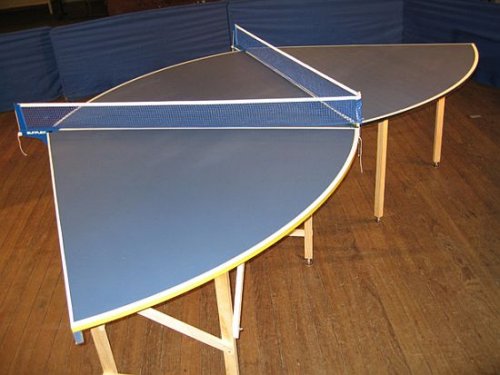 I don’t get a chance to play table tennis all that often, but chances are I would kick your ass. At least until I had a few drinks, at which point I’m liable to start pushing tables together and get more people in on the game. My drinking aside, that’s sort of the idea behind the Table Tennis Triples, a modular Table tennis system.

It’s developer Guenter Arndt wanted a way for three people to play simultaneously on a circular table. It allows 1-12 or more players to play. It all adds up to reduced waiting times, greater shot range and a fairer scoring system. The prototype system has already won an international patent and soon you’ll probably be able to buy this at a local sports store. It’s not your father’s Tennis Table.