Posted in Samsung by Conner Flynn on July 8th, 2011 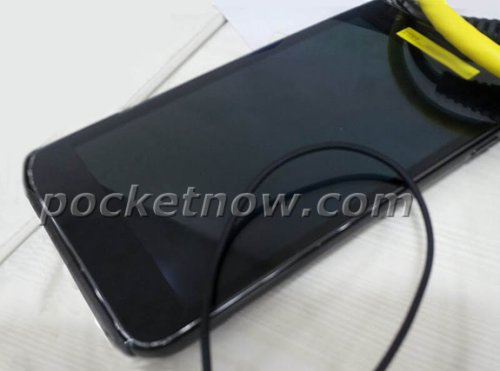 Some photos of the AT&T-bound Samsung SGH-i727 have surfaced. This is 80% of it. The rest of the phone had to be reconstructed with Photoshop. That’s why the perspective is off.

This phone has its Wi-Fi certification, but isn’t yet in the Bluetooth or FCC databases, so the i727 is probably still a few months from launching. It’s expected to be a mid-range handset when released. When we hear more we will let you know. 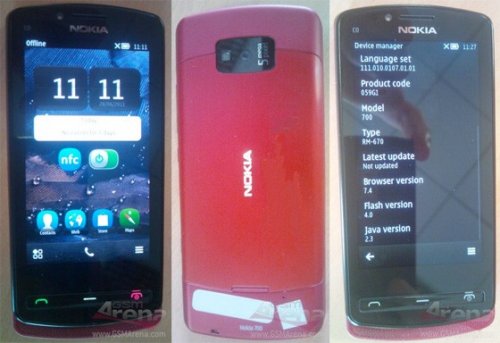 We knew that Nokia was ready to push out four new Symbian handsets, powered by 1GHz processors. Now we know more about one of them. The Nokia 700 “Zeta”. Thanks to some leaked images we see that it’s running Symbian Belle.

It also features a 5 megapixel camera, LED flash, and NFC support. The source says that the Zeta will house a 1 GHz CPU and 3.2-inch nHD AMOLED display, weigh just over 80g, and measure 10mm thick. 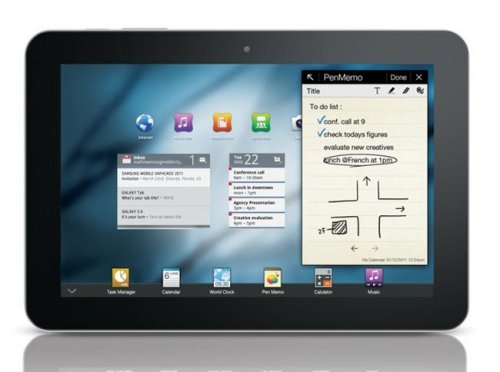 Other features include an 8.9 inch display with a resolution of 1280 x 800, a 1GHz dual core processor and it will play back full HD video in 1080p. There’s also a three megapixel camera on the back and a two megapixel camera in front. Two models will be available: one with Wifi and one with WiFi and HSPA+. 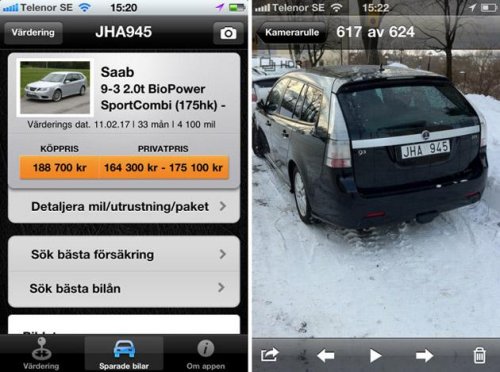 How many times have you been out and about and said to yourself, I really wish I knew how much that model of car is going for? If this happens to you often, then check this out. If you’re living in Sweden, price comparison site Bilpriser.se has just rolled out a new iPhone app that lets you shoot a photo of a car’s license plate and retrieve it’s specs and compare prices for that vehicle. 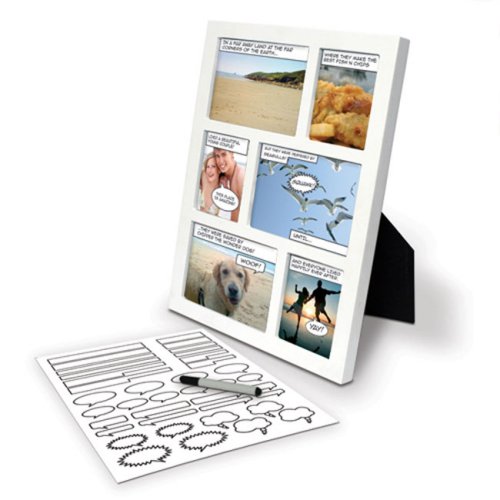 Digital picture frames are cool, but comic strips are better. No one prints photos these days, but I bet this new Comic Strip Picture Frame will get people printing them again. It lets you make your own new adventure using your pics.

It has six spots for you to put your prints into and it comes with sticker bubbles and a tiny pen. Just think up some cool and funny stuff to write on those bubbles and you have your own comic strip. 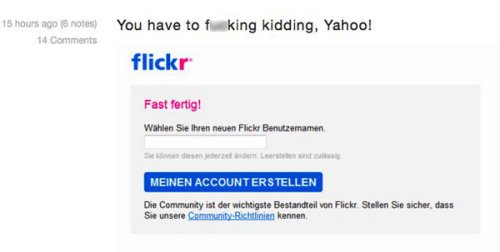 “The best online photo management and sharing application in the world.” may not be able to make that claim any longer. It has deleted more than 4,000 pictures from a very prolific user. Flickr then sent photo blogger Mirco Wilhelm a so-called apology.

Understandably it irritated Mirco even further as he took to his blog with a post titled “You have to f**king kidding, Yahoo!” So, how did this happen? Well, Mirco realized that another blogger was using his photos and wanted Flickr to help, so he reported the problem. Then Flickr “accidentally deleted” Mirco’s account and when he contacted Flickr about this they responded like this: 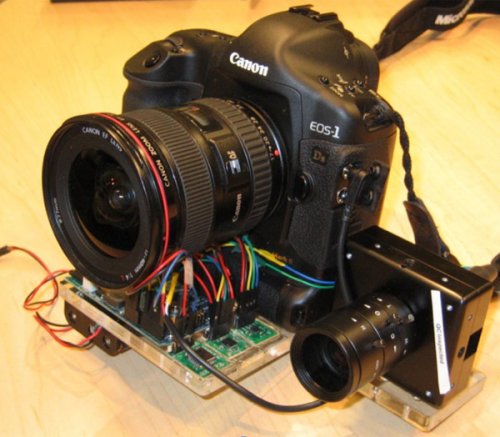 Many of us have a problem shooting blurry pics. It can be hard to hold your camera still. If you have this same problem and have some DIY skills, you might be able to make your own custom solution to blurry photos.

This is thanks to a team at Microsoft Research who is working on deblurring images by detecting inertial movements of the camera itself. They took an Arduino board and bundled it with some sensors, including a Bluetooth modem, 3-axis accelerometer, gyroscope, and a trigger for the camera. The system works by detecting rotation, translation and planar depth and then it applies mathematical transformations to the image to remove the blur caused by these movements. Pretty good solution. 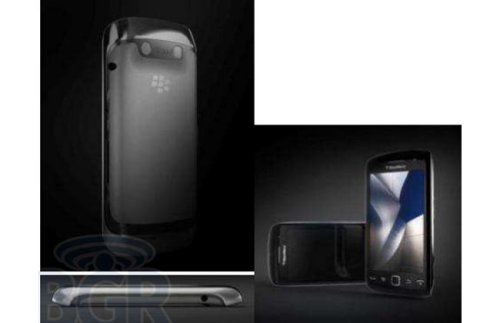 The folks over at the BGR have gotten their hands on some leaked images and specifications for the new BlackBerry Storm 3. It looks like it will feature a 3.7 inch capacitive touchscreen display with a resolution of 800 x 480 pixels, a 1.2GHz processor, a five megapixel camera which can record HD video in 720p, 8GB of built in storage and 512MB of RAM.

The BlackBerry Storm 3 will also pack in a microSD card slot, a proximity sensor, accelerometer, magnetometer, Bluetooth 2.1+EDR, WiFi, and can also be used as a 3G mobile hotspot. It looks like it will launch in two or possibly three versions globally. 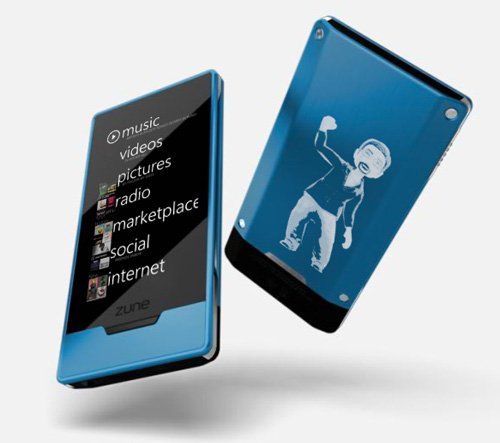 Microsoft has opened up its Zune Originals customization for custom images. Zune HD buyers can now either upload a photo of their own or use their Xbox Live avatars in one of several poses. They are etched in grayscale and the photos allow four different etch styles.

Either of these options adds $25 to the price and can be combined with any color and is available for 16GB, 32GB and 64GB capacities. Microsoft sells players with the special engraving starting at $205 for a 16GB edition all the way up to $375 for a 64GB model. Each model comes with a free power adapter to charge from the PC. 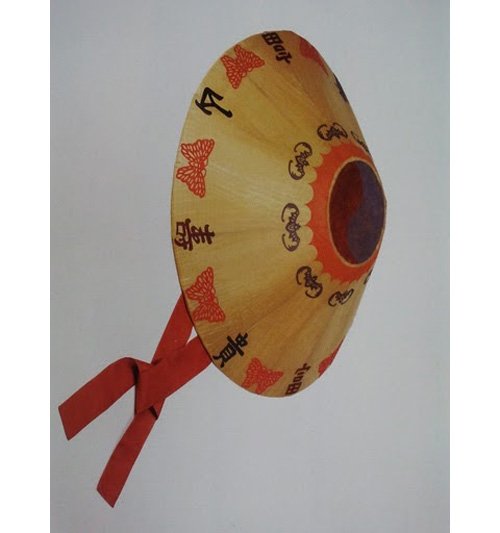 Some mysterious hints of an upcoming Samsung handset, known only as GT-i9200, have appeared on the web recently. No pictures of the device itself, just pictures that the device has taken. That’s because the device is being used by testers to take sample photos. The handset may be the Stealth V and not a new Nexus S, which goes by the i9020 codename.

That’s about all the info we have at the moment. Technical information on the handset is unknown and even the photos have been down scaled for the web so we can’t even guess at the camera’s resolution. We do love a good mystery though. 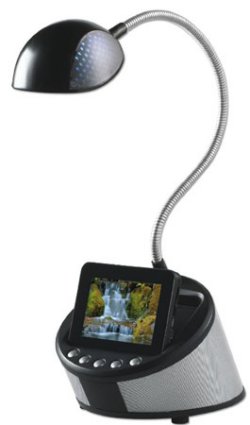 Digital picture frames just got a little crazier. Behold the Digital Photo Frame Lamp. A photo frame with a lamp attached. The long lasting, super bright LED lamp comes with an adjustable neck and an LCD screen for viewing your vacation images and whatnot.

The 3.5-Inch hi-resolution digital display features a 320 x 240 resolution with slide show function. It can hold over 1000 images. There’s also a digital clock, a calendar and a memory card. 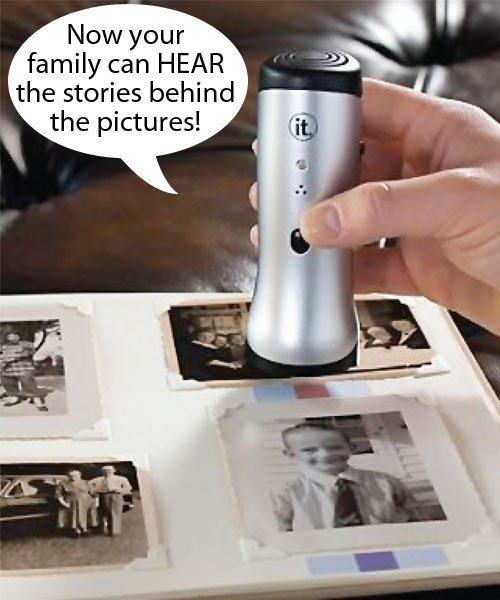 Going through old photos is great, each picture tells a story after all. Well, now that is truer than ever. The Photo Album Storyteller allows you to put a tag on a photograph, record it and then put your own little message or story about the picture.

So when you go through your pics next time, you have a story to go along with it. For $99.95 you get the machine and 500 individual coded stickers. That’s a ton of stories.

If you love your Blackberry, then it must really hurt to see teardown photos. Sometimes it takes a strong stomach. Let’s hope they were gentle. Even though BlackBerry’s Torch 9800 was just announced a little while ago, we already have the teardown.

Some folks just like to dissect gadgets and some folks like to watch. Nothing wrong with that. We don’t judge. The video below details the slider mechanism in action, which is rated for over 150,000 cycles. 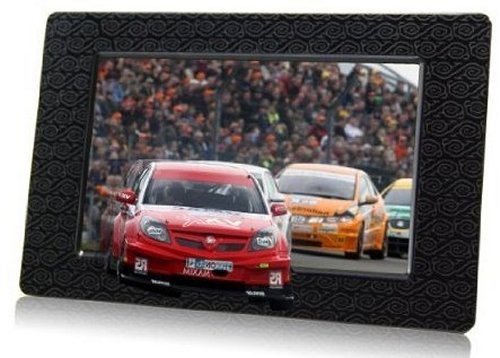 When Aiptek introduced its i2 3D Camcorder, it promised to release a 3D photo frame to go with it. And here it is. The “Portable 3D Photo and Video Display” is a 7-inch parallax LCD display that will not require you to wear dorky glasses.

It can display photos and videos captured by the i2 or other 3D devices and releases on August 15 for just $200. So between the camera and viewer it will cost you $400. 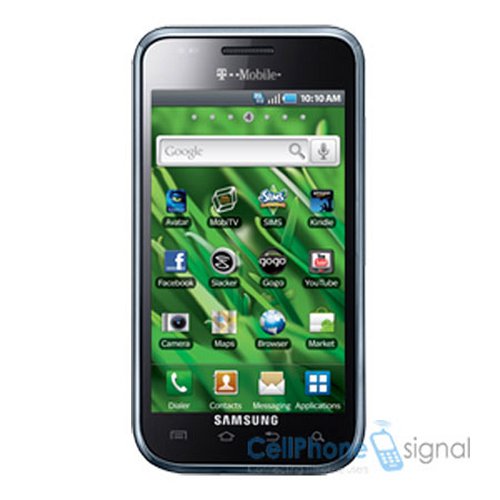 The Samsung Vibrant is also known as the Galaxy S, and we now have a few more photos of the handset. Some of the apps that come pre-loaded with the smartphone include Kindle, Mobile TV, Slacker Radio and games like Avatar and Sims.

Aside from that, there’s also the GoGo Wi-Fi app included and word is that the Samsung Vibrant will come with half a year’s worth of free Wi-Fi service. T-Mobile should make an official announcement on the device in the next few days.