Posted in Robots by Conner Flynn on April 4th, 2008 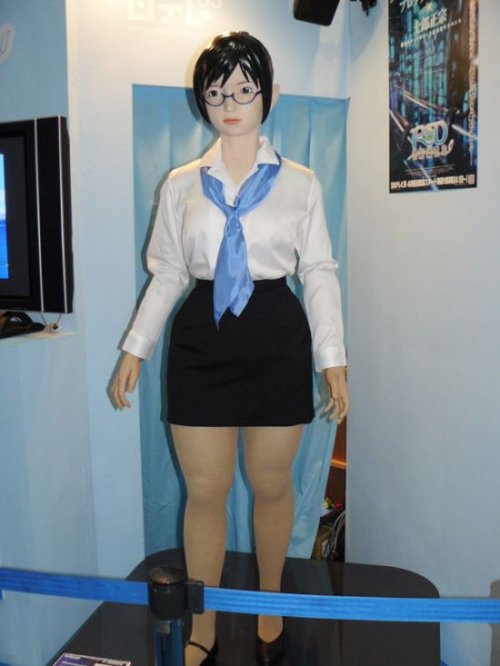 Kokoro Dreams has a new Android. You might notice that this one has a disturbing resemblance to Harry Potter. It’s name is Phorone. The lifesized android stands at 175 cms tall and is from an anime show that aired on the Nippon network, where her character is a secretary who plays the role of a protagonist.

The idea is that she could potentially replace your secretary. She is apparently powered by pressurized air and is capable of delivering human like expressions and can even talk. There are no plans of putting up the Phorone for rent. Check out a video below.