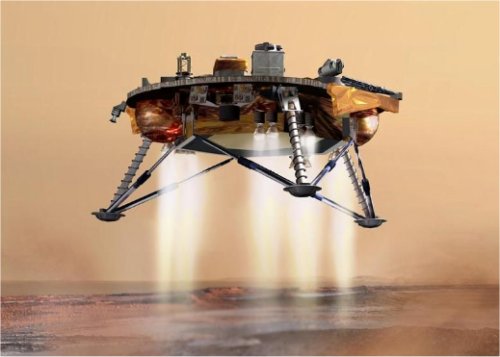 After over three years of direct planning and ten months of traveling through space, NASA’s Phoenix Mars spacecraft today sent back signals that it has made a safe landing on the surface of Mars. The Phoenix spacecraft appears to have hit the intended target in the icy area of Mars’ arctic circle.

Signals sent from Phoenix were delayed by 15 minutes as they were routed through the Odyssey satellite currently orbiting Mars and back to the Jet Propulsion Laboratory on Earth which caused the celebrations of steps of the landings to take place shortly after they actually happened on Mars.