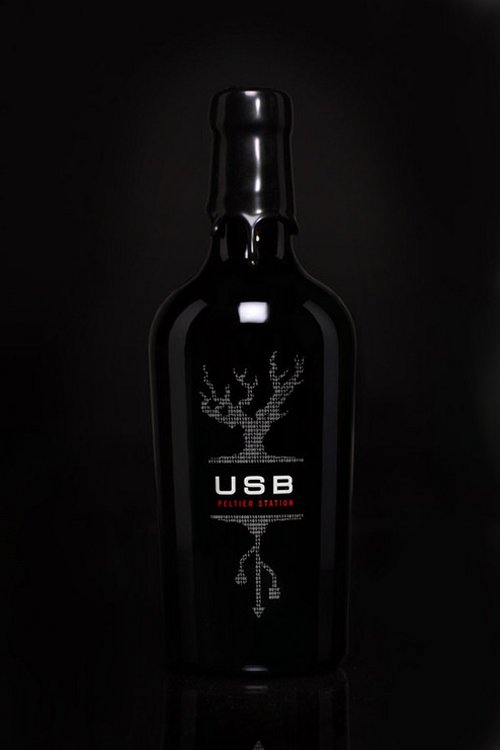 Because of a new EU trade rule, wineries aren’t allowed to use the word “port” on their label unless the wine was actually made in Portugal. Which sucks for some wine makers. But California’s Peltier Station Winery came up with a unique loophole. They are calling their new dessert wine “USB” and they’ve even put a tree with USB roots on the label. That’s what I call sticking it to the man! The man being the EU. The fun doesn’t end there however.

A company called 6 West Design made the label and they did something special with the USB-tree on the front. It’s is made of binary code that translates to “Peltier Station.” There are also some fill-in-the-blanks on the back of the label like “an im____ant agreement” or “in your ____folio.” This my friends is how you screw the powers-that-be, instead of them screwing you.