Posted in PSP by Conner Flynn on February 5th, 2009 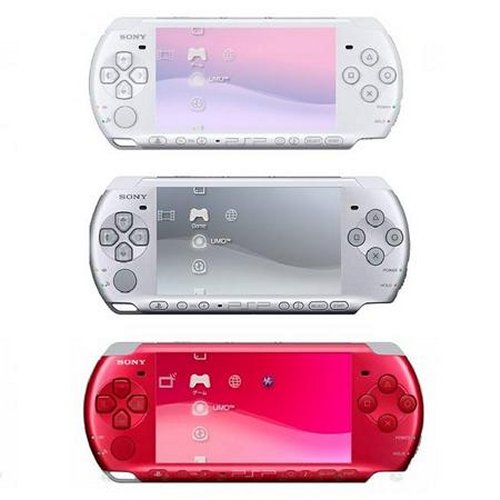 Times are tough and Sony knows that if it wants to sell PSPs(Believe me they want to sell some badly) they had better try some new tricks to entice buyers. And what could make the consumer want you more? Sony thinks that it’s all in the colors.

Sony is releasing the European PSP in three new colors to compliment the Carnival Colors we covered just a week ago. You’ll be able to get your PSP in Radiant Red, Mystic Silver and Pearl White. They might be trying a little too hard. Those color names sound like stripper names for Eighty-year-olds. In fact, I’m pretty sure Pearl White starred on The Golden Girls.