Posted in Computer Cases by Conner Flynn on March 13th, 2010 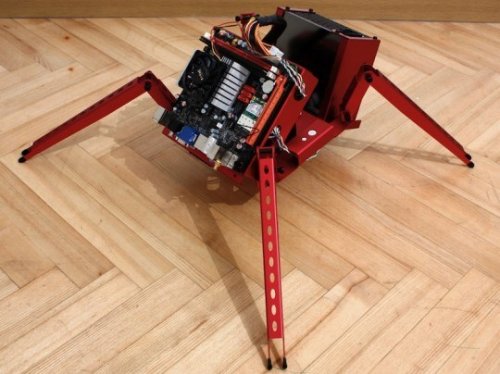 Computer cases that look like spiders aren’t something you generally see at your local Best Buy or anywhere else, where they are available to the public for that matter. However Lian Li’s new PC-T1R case is the exception to the rule. Not that it will be at Best Buy, but you can get it soon.

Now it is closer to release. Previously only seen in a teaser video, the folks at techPowerUp have now gotten their hands on one. The case should sell for “around €150” (about $200) when released and it will be available in black and red, with some assembly required.