Posted in iPhone by Conner Flynn on June 9th, 2008 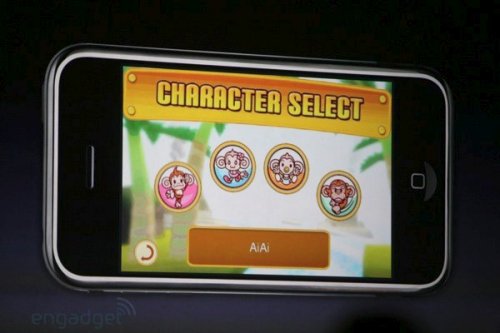 Good news for those who want more games on the iPhone. Super Monkey Ball has 110 stages and your choice of four monkeys. They showed a quick run-through during the keynote, and it looks like the graphics are superior to anything else on the phone. Pangea also demoed some games, like Enigmo and Cro-Mag Rally, where you can use the iPhone as the steering wheel. Some are describing the games as having very nice high-quality graphics, and being “totally playable”. Digital Legends was also on hand and demoed a God of War-type game that only took two weeks to develop. That one supposedly has graphics that fall between the DS and PSP. Expect that one in September.