Posted in Sports by Conner Flynn on November 8th, 2009 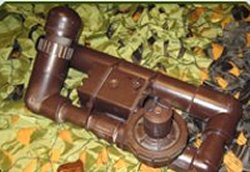 I’ve never engaged in any Paintball wars myself, so I thought it was all guns. Nope. Check out the Spraymore series from Paintball Landmines.

It’s a complete line of advanced and reusable Paintball Landmines that range from tripwire models to wirelessly detonated versions. Damn, these things are going to make one heck of a mess. Wirelessly detonated models can be triggered from up to 100 feet away. 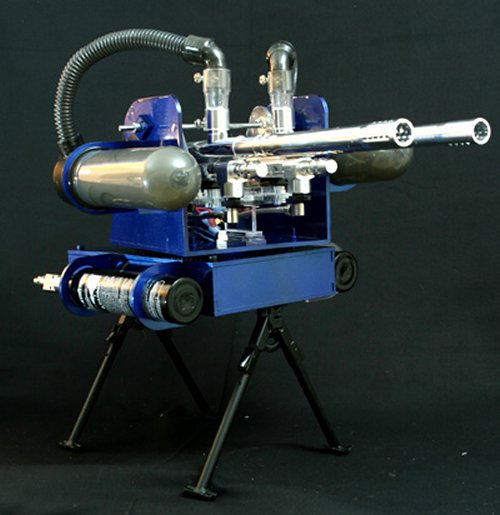 It hurts just looking at this thing. If you actually have to face the Paintball Turret System on the paintball battlefield, you are in for a world of hurt. It outguns anything else you’ve got and I don’t think you’ll be able to get close enough to take the shooter out. Unless you’re crazy enough to run straight up to it and that’s not a good idea since it can shoot 34 balls a second. That is gonna hurt.

This paintball turret system can be configured as a wired or wireless platform and it’s even portable for quick backpack style deployments and can be controlled with heads up displays up to a half mile away. It’s a devious project. Only one who seeks paintball domination the world over would come up with such an invention.